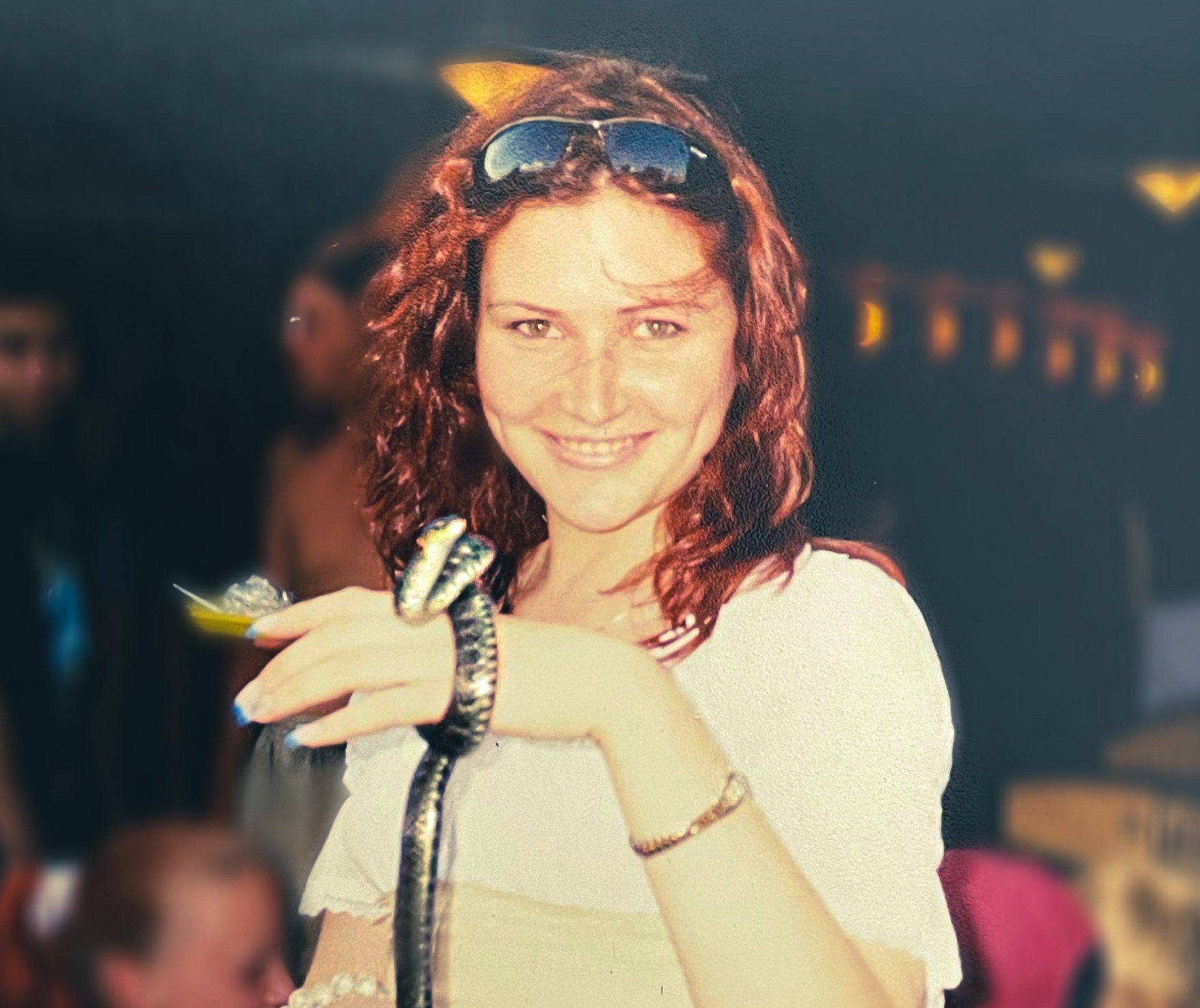 Snake as a Spirit Totem

Let’s talk about snakes, if you dare of course! There was a time when I was terrified of snakes. Just a thought of it would make me cringe with fear and give me shivers. Until… a friendly boy decided to surprise me by putting a snake on my shoulder (insert scream here). That day I overcame my fear of snakes… The snake didn’t hurt me. The snake didn’t bite me. It was just there, saying hello. I let it be. I realized that I can overcome my fears by facing them. That was an empowering lesson which will stay with me for the rest of my life.

Well, enough about me. What I really want to tell you is that a snake as a spirit animal is a very powerful, magickal totem. Yes, it is indeed. I have been working with the snake spirit for a while now and I can tell you this with confidence.

The snake is typically associated with rebirth, resurrection, initiation, and wisdom. Here is a clipping from my favorite reference book:

“The snake has long been a symbol of death and rebirth. Before it sheds its skin, its eyes begin to cloud over, as if to indicate it is entering into a stage between life and death. Snake medicine people were these who learned to imitate the snake and move between the realms of life and death for healing and for enlighten.” – Animal Speak by Ted Andrews

Anytime a snake shows up a s a totem, you can expect death and rebirth to occur in some area of your life. This rarely reflects an actual death, but rather a transition. Look for change in conditions and a movement to new life. Examine what is going on around you. Are you needing to make changes, but aren’t for some reason? Are you trying to force change too quickly? Are you striking at people and shouldn’t? remember that snake not only uses its venom and bite to overcome pray, but also for defense. What is needing to be healed? What new opportunities are suffusing that you need to strike out for and take advantage of?

Another area where snake has strong connotation is Kundalini which means “the coiled one”. Kundalini energy is said to be like a snake, coiled at the base of the spine waiting to be released to your highest power. Symbolically this energy also moves like a serpent and is awakened by specific meditation and consciousness techniques.

There are many other spiritual meanings of the snake totem which are readily available in the books as well as the internet. Rest assured, when the snake appears on your path, it has a message. Tune in and listen

Shadow Work: How to Bring Light to the Shadow

How To Boost Your Intuition in a Winter Wonderland